Are We Teaching the Right Things?

I taught a class at my church on Wednesday nights for the past four weeks. Pastors do that sort of thing. But this class was different—different in purpose and different in participant’s responses.

Let me begin with some context. Our congregation had just spent the Lenten season reading through the New Testament in eight weeks. (We used a resource called Books of the Bible that removes verse numbers, chapter numbers, etc., so it reads quickly.) By any and all measures it was a great experience!

To faithfully steward what God had done in the hearts and minds of our people as they read God’s Word, we followed this up by offering a class on biblical interpretation. (Yes, that’s Hermeneutics for us Theology geeks.) We called the course Grasping God’s Word. This basic class in hermeneutics revealed something stunning to me; many of the “mature” Christians sitting in our pews have very little knowledge and/or training in how to interpret the Bible! Few understood how to find meaning from Old Testament narratives, and make the transition to contemporary application.

One student, a bright and articulate women in her late 30s (who had graduated from a prominent Christian college) told me that she had never been introduced to most of the things that I was teaching in the course. This was both sad and shocking!

How could this be? Have we (Pastors/Ministry Leaders) made a massive oversight? Have we assumed that a believer with a Bible and a study guide is prepared for correct biblical understanding? Have we encouraged our people to run straight from home plate to second base without ever touching first?

The people in my class were people who had read their Bible for many years. They came from all denominational backgrounds. They were well versed in the writings of John Piper, Wayne Grudem, and Chuck Swindoll. Most didn’t have a baseline understanding that a gospel should be read with different eyes and expectations than Old Testament poetry. And many never considered that the original audience of a Pauline epistle had to be taken into consideration before making a 21st Century application.

While offering a class on hermeneutics won’t likely have mass appeal, it is our pastoral obligation to equip the saints for the work of ministry to build up the body of Christ. (Ephesians 4:12).

This classroom experience has caused me to evaluate if I’m actually fulfilling the words of the Apostle Paul in my own ministry. Am I truly equipping the saints if they don’t have a solid foundation of biblical interpretation? Am I preparing my people well if they don’t know how to move from meaning to application?

Friends, are we teaching the members of our congregation the right things? 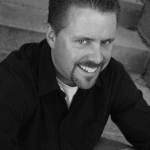 Rob Bentz serves as the Pastor of Small Groups and Spiritual Growth at Woodmen Valley Chapel in Colorado Springs, Colorado. He holds a Master of Divinity from Reformed Theological Seminary. He lives with his wife Bonnie and their two children in Colorado Springs.

Rob’s book, The Unfinished Church: God’s Broken and Redeemed Work-In-Progress (Crossway) was released in May. You can also visit Rob at www.RobBentz.com