Many Pastors Are Gripped By Fear

There’s nothing quite like being put on the spot.

Wesley Horne, PastorServe SE Regional Director and I were recently at a small gathering of pastors and leaders from around the country. The meeting included the leader of Southern Baptist Church, the pastor who in 2018 delivered the message at John McCain’s funeral and the leader of the fastest growing seminary in North America. The leader of the discussion turned to me and asked, “Jimmy, in a nutshell, what is the number one problem plaguing pastors in America?”

Pastors are only human! They can’t fulfill all of your expectations.

In a nutshell? After shooting up a quick prayer (I know Wesley was doing the same), I said, “In a word – Fear. The fear of being fully known. The fear of disclosing long held secrets. The fear of standing for truth in an ever-changing culture and knowing the outcome could be people leaving the church. The fear (and risk) of intimate friendship. And perhaps above all, the fear of unmet expectations” And the list could go on and on. Fear is an alarming absorbing emotion. Fear drives us to do crazy things. And not just in the church…

One of the biggest frauds in the history of business occurred in 2015 when it was discovered that engineers at Volkswagen had intentionally designed software for 11 million diesel-powered cars that could cheat nitrogen oxide emissions tests making them appear much cleaner than they actually were. In fact, the cars would emit as much as forty times the allowed level of nitrogen oxides. 11 million cars spitting forty times the legal limit of nitrogen oxide into the atmosphere – resulting in acid rain!!  This was no small scandal!

The deception was rooted in fear. Engineers and junior level executives were afraid to tell their superiors the truth – which was that they had failed in their efforts to reduce emissions, the top goal of the senior executives. Rather than admitting their failure, fear deceived them into believing that lying; deceiving and hiding was the wise path to follow. Once the lies were discovered, the results were historic. Nine million cars were recalled (I always wondered what happened to the two million cars not recalled). In 2016, Volkswagen sales plunged 7.2 billion dollars! They were fined 2.7 billion and several executives are now serving prison time for fraud.

What does this have to do with pastors? Far too much!! As a result of unmet expectations, far too many pastors are gripped by fear and will not admit sin, brokenness and failure. They believe that hiding is the sensible passageway to pastoral survival. Why?? Because pastors have watched as peers have felt the sting of unmet expectations by ungracious and unforgiving church leadership, determined to hold pastors to impossible standards of performance. A study by Thom Rainer revealed that the average church member expected their senior pastor to work 114 hours per week. This is amount of time it would take to fulfill the ‘basic’ expectations of a pastor which naturally included prayer, preaching, teaching, counseling, outreach and evangelism, hospital and home visits, administrative functions, community involvement, denominational involvement, church meetings and much much more!

No wonder pastors are hiding!!! Who can live up to these expectations?? And when there is no grace from a congregation, pastors will live in fear. The cycle breaks the heart of those who serve at PastorServe.

Please pray for your pastor this week. And please, understand that pastors are only human! They can’t fulfill all of your expectations. Encourage them to find balance by spending time with their spouse and children. Give them permission to find a hobby that breathes life into their tired soul. Tell them to eat right and sleep more than five hours a night!

Thank you for your partnership with PastorServe that allows us to care, coach and consult with pastors across the country. We could not do the work of this ministry apart from partners and friends like you.

For the Glory of Jesus, 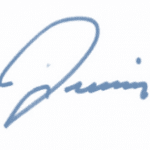