The Pastor and Generosity

Most pastors aren’t paid enough.  They work as hard if not harder than the people they serve, and yet their income is often below those they serve. As a result, sometimes being financially generous as a pastor is a challenge. Tithing can seem like impossibility.  We may preach the concept of tithing, but have a hard time living it ourselves.  I know this is true, because it has been hard for me to do as well.

It is easy to rationalize away tithing as a pastor.  Here are some thoughts I’ve had or have heard from other pastors over the years:

I’m stingy by nature. I was raised in a household with very little money compared to the suburban standards, where I was raised. My parents were very in debt when I was young, so when I was growing up, I always felt like money was tight. I remember lots of family arguments about money. My parents drove older model, rusty, cars. My dad had been a mechanic, so what mattered to him was that we had cars that were reliable. But I remember feeling embarrassed sometimes when I got dropped off at school, because our car wasn’t as nice as my friends’ cars.

I remember seeing my dad put money in the tithing envelop for our church. It made an impression on me, because my parents always talked about how we didn’t have enough money. I knew he didn’t give a lot, but I remember thinking it was cool that he did give.  I was not a Christian at the time.

When I became a Christian, I continued to be careful with money, even stingy. But as I read the Bible, and heard teachings about money and generosity, I got convicted that I should be generous.

I  began to ask God to give me a more generous heart and admitted my tendency towards  stinginess.  (I keep having to pray this prayer by the way!)

My Journey in Generosity

Here is my journey in generosity.  It took a long time, but I believe it is a journey most people can take.  In fact, I saw many people in the church I Pastored take this journey towards tithing. So here is my story in bullet form:

If you are serious about wanting to grow in generosity, here are some questions to ask yourself:

Start where you are

I believe the Lord looks at our heart.  He knows what our current circumstances are. I think it is OK to grow in our giving and generosity, just like we grow in prayer, sharing our faith, and living for Christ. The best thing to do is start where you are and with what you can actually do. Then let the Lord help you continue to grow until He gets you where He wants you to be in your heart and in your giving. 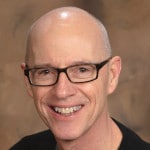 Jay Fowler, Executive Director of the Midwest Region of PastorServe

Since joining the PastorServe staff in September of 2014, Jay has connected with hundreds of pastors in Kansas City and beyond. He grew up in Prairie Village, Kansas, and graduated from the University of Kansas with a Bachelor of Science and Secondary Education in Mathematics.  He received his Master of Divinity from Virginia Theological Seminary, and has been in full time ministry for 34 years. He is an ordained Anglican priest in the Anglican Church of North America.  He has been married to his wife Janine for 30 years and has a son and two daughters.